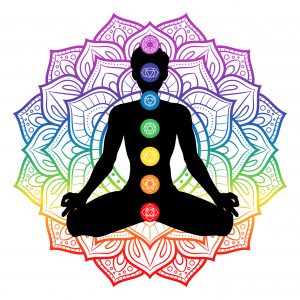 In our recent Chakra Connection series, we learned about crystals that are associated with each of the chakras. You can incorporate crystals as part of your healing practice to connect, open and balance the chakras. This guide serves as a blueprint so you can learn with crystals to gather and work with, depending on the chakra of interest.

Stones and crystals can be brought into a Healing Touch session to hold or represent a personal experience. For example, it is said that a diamond is created under great pressure. Three distinct processes produce specific types of stones, be they gem or crystal.

Stones and the chakras “Earth element stones tend to stimulate and balance the base (root) chakra. They can be helpful working on the dense aspects of the body, such as bones and tissues. Fire element stones help fortify and balance the energy systems of the body. Our second and third chakras are our Fire element energy regulators. The Water element governs the emotional body, circulatory system, lymphatic system. It helps one to release the past and flow toward the future [and] governs the fourth and fifth chakras. The Wind element governs the mental aspect and opens the doorway to the spirit world [and] governs the sixth and crown chakras.” The Book of Stones: Who They Are & What They Teach” also see “Chakra Crystal Healing” by Madisonian Ashley M. Leavy.

If you have a center that is compromised, we recommend experimenting with holding the following crystals during a healing touch session, and throughout the day.